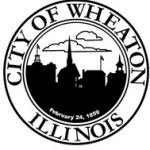 WHEREAS, the City of Wheaton, located in north eastern Illinois, has long been on the annual monarch butterfly’s migration route of thousands of miles from Mexico to Canada and has provided monarch caterpillars with native milkweed species, their sole source of food; and

WHEREAS, the Wheaton City Code allows native landscaping which reduces storm water, emissions and pesticide/fertilizer run off and provides wildlife corridors; and

WHEREAS, Illinois designated the iconic monarch butterfly as the official state insect in 1975 as the result of lobbying by Illinois schoolchildren; and

WHEREAS, scientific studies point to the rapid decline of the monarch butterfly due to the loss of milkweed habitat needed to lay their eggs and for their caterpillars to eat, resulting from development, land management practices, and chemically-aided agriculture in the United States and Canada; and

WHEREAS, because the decimation of pollinators, including the North American monarch, which serves as an iconic species, has potential negative consequences for natural ecosystems, as well as for human food production, the U.S. Fish and Wildlife Service is currentl y studying the species to determine if it should be listed under the Endangered Species Act; and

WHEREAS, on a national level, conservation organizations such as the National Wildlife Federation and the U.S. Fish and Wildlife Service have undertaken efforts to reinvigorate milkweed and ot her nectar-producing plant s to help restore monarch habitat in open spaces a nd suburban and urban gardens; and

WHEREAS, because there are many different species of milkweed in the U.S., it is important to recognize that on l y native milkweed is vital to the restoration and survival of the monarch habitat in Illinois; and

NOW, THEREFORE, I, Michael J. Gresk, do hereby proclaim the month of May to be Monarch Butterfly Month in Wheaton, direct the City to reduce the use of pesticides on City-owned land and encourage residents to create monarch way stations by purchasing attractive, site appropriate milkweed species for residential landscaping and protect pollinators by the reduction of pesticide use on residential , commercial and City owned property.